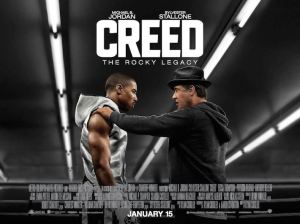 Creed, directed by Ryan Coogler, is a film that is perfectly balanced on every aspect of consideration. This is a film that is tasked with honouring the original Rocky films, while also beginning a new franchise of films. Amazingly with the inclusion of multiple new aspects to the franchise, Creed is a film that sets up a whole new generation to the beloved boxing films, and also delivers something that by itself it truly special. If you were to have never seen the previous films from the timeline, Creed would be a film that could almost stand on its own as an undeniably brilliant piece of cinema. END_OF_DOCUMENT_TOKEN_TO_BE_REPLACED