Overlord, directed by Julius Avery, has an interesting premise, a setting that’s always rich for compelling stories and an opening scene that had me feeling really positive about the journey I was about to set out on. And so, even with all that, it’s a real shame that Overlord doesn’t take advantage of any of them and instead embarks on a meandering, boring experience that never amounts to anything memorable or interesting and slowly but surely devolved into a film that struggled to hold my attention for any significant amount of time. Where is it Overlord goes so wrong? Is there anything that maybe makes it worth your time? Well, let’s explore all that Overlord has to offer and see if there’s anything to it that can salvage what is mostly a forgettable film. END_OF_DOCUMENT_TOKEN_TO_BE_REPLACED

The Cloverfield Paradox, directed by Julius Onah, is very clearly a sci-fi script that has been repurposed and then shoehorned into the Cloverfield franchise. However, unlike the previous film in the franchise (10 Cloverfield Lane), this one hasn’t worked. With a generic, predictable plot, characters who seemingly go out of their way to defy logic, and an overall experience that feels cliché and unoriginal. The Cloverfield Paradox is the first definite misstep in what has been a really interesting franchise to follow and look forward too. So let’s breakdown all that the film attempts and see if there’s anything that makes it worth checking out. END_OF_DOCUMENT_TOKEN_TO_BE_REPLACED

* This review does contain MINOR SPOILERS for Star Wars: The Last Jedi *

Star Wars: The Last Jedi, written and directed by Rian Johnson, is a film that feels burdened by much that it tries to do. There are many moments to this film that I absolutely loved! Moments that reinforced and reshaped my love for Star Wars as a franchise, but to get to those moments, there were particular storylines, certain characters, and clear merchandising influences, that hampered the overall experience. However… some of the most impactful decisions this film creates, and the effect they will go onto have; I think evolves the franchise beyond the seemingly rehashed path it was going down. It will divide fans, but I hope it will move the trilogy into uncharted territory. Personally, I’m going to find this to be a challenging review to write, because I did have a genuine love-hate relationship with Star Wars: The Last Jedi. This will almost be like a therapy session, as I try to come terms with all that this film is… so let’s get to it. END_OF_DOCUMENT_TOKEN_TO_BE_REPLACED

Star Trek Beyond, directed by Justin Lin, is a perfect balancing of elements that made the classic Star Trek properties so popular, and the elements that now make-up the J.J. Abrams Universe (better known as the Kelvin timeline). With a story that actually has you intrigued, characters with actual meaning, and an overall clear direction, makes for a Star Trek film worth your attention. But… not everything is as you’d perhaps want it to be. Let’s fully explore all of the parts, which make up this film. Let the review commence. END_OF_DOCUMENT_TOKEN_TO_BE_REPLACED

With Star Trek Beyond coming out in cinemas, I thought it’d be fun to run down all of the other Star Trek films, from my least favourite to my favourite. I’ve seen all of these films quite a few times – that’s what happens when your brother is a devout Star Trek fan. I don’t think that some of these films get the love or the acclaim that they deserve, while others certainly deserve to fade into obscurity.

So I’m going start with the worst of the bunch and work my way up to the crème-de-la-crème, and I want to STRESS that this is my personal ranking and opinions, and am in no way saying this is the definitive listing of the films; just a little bit of fun, that’s all. Let’s get started: END_OF_DOCUMENT_TOKEN_TO_BE_REPLACED 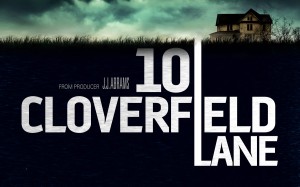 10 Cloverfield Lane, directed by Dan Trachtenberg, is a film that fully drops you into a situation in which you know as little as the main character, and then leaves you there to squirm. There is almost no moment of rest in 10 Cloverfield Lane – you will at all times be tensed up and worried about what might be around the next corner. This is a film that never once holds your hand, and along with its main character you will go on an unsettling journey to discover the truth of what is actually happening – it’s great! END_OF_DOCUMENT_TOKEN_TO_BE_REPLACED 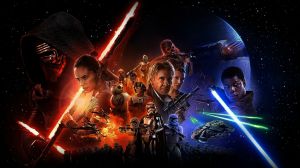 Star Wars: The Force Awakens, directed by J.J. Abrams takes the biggest film franchise and blends wonderfully the original films with the new ones. Not a film void of problems by any stretch of the manner, this is still a film that offers something I think a lot of Star Wars fans have been waiting a while for. END_OF_DOCUMENT_TOKEN_TO_BE_REPLACED