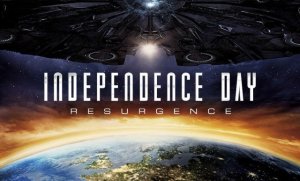 Independence Day: Resurgence, directed by Roland Emmerich, is a loud, silly, chaos filled film. But you know what? Despite all the problems (of which there are a few) I still came out of the film smiling and having had fun. Yes, the film is going to make your eyes roll (more than once) but if you have the lowered expectations that should come standard with a film like Independence Day… well then you’ll have just the right amount of enjoyment. So let’s explore then many things that make up the film and see what is what. END_OF_DOCUMENT_TOKEN_TO_BE_REPLACED