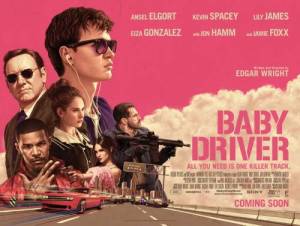 Baby Driver, written and directed by Edgar Wright, is a film that is bustling with an energy, a rhythm and a general sense of fun that most films would beg to have. However all of that energy and fun doesn’t come packaged with a story and characters that ever feel more than just surface level. This put me in an unfortunate place where I would at times be loving the experience and tapping my foot along to the ride that was Baby Driver, and then other times I would struggle to keep my attention on the film and its attempts at plot/character development. But perhaps in Baby Driver those particular elements don’t really matter, or maybe they really do? I’m not sure yet, but let’s hopefully discover the answer through this review. So let’s get to it. END_OF_DOCUMENT_TOKEN_TO_BE_REPLACED