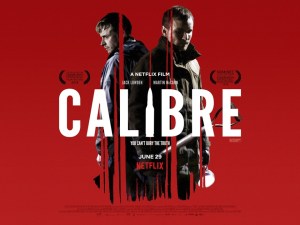 Calibre, written and directed by Matt Palmer, is not only a strong directorial debut from Mr Palmer, but also offers something I haven’t experienced in quite some time; a Netflix original film that is actually good and worth talking about. The film is small in scope, simple in concept and really well executed. I found myself pulled in by the friendly characters and subsequently gripped by the inciting incident that sets in motion actions and outcomes that shocked me and had me fully attentive right up until the very end. Anyway, let’s stop waffling on with this introduction and get to the actual review, and see what it is about this Netflix original that makes it worth talking about in a positive manner, shall we. END_OF_DOCUMENT_TOKEN_TO_BE_REPLACED