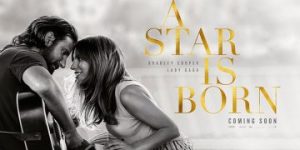 A Star is Born, co-written and directed by Bradley Cooper, has at its core an uplifting, chemistry-imbued relationship that keeps the film forever feeling like a meaningful, endearing watch. Two strong lead performances and a story that is light in scale but heavy with themes and emotion also played an integral part in making my time with the film feeling worthwhile. I at all times felt engaged with the characters on-screen and was eager to see where their journey would lead. I think my only issue with the film would be the depth of exploration for the characters as individuals, but I’ll of course touch upon that in greater detail in my review. So, there’s plenty to talk about when it comes to A Star is Born, so let’s dispense with this rambling introduction and get to the review itself. END_OF_DOCUMENT_TOKEN_TO_BE_REPLACED