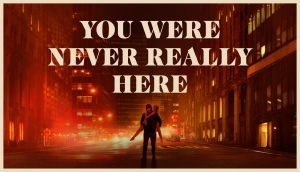 You Were Never Really Here, written and directed by Lynne Ramsay, is at times a quietly tense, brutal film, and other times an explosively intense experience. I was held in place by this film, which totally consumed by attention and my intrigue. It’s dark look at the world was both alluring and distressing, and at its core was a character who was expertly developed through the visual medium of film. I know it won’t be for everyone – there are hurdles that some audience goers won’t want to vault over – but for those that are interested, this is a film that will stay with you. Let’s jump into my review and explore what this film has to offer. END_OF_DOCUMENT_TOKEN_TO_BE_REPLACED