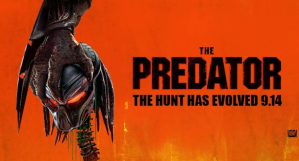 The Predator, co-written and directed by Shane Black, is a bewildering, nonsensical mess that left me confused, conflicted and struggling to understand the reactions I was having to it. There were elements and moments to this film that I liked, and I’ll definitely talk about them in this review. But there was a lot in this film that I didn’t like, and I’ll perhaps go as far as to say I hated, but more than my likes and my dislikes there was in general a lot about this film I just didn’t understand. Whether it was decisions made by the characters, decisions made by the writers or decisions made by its director, The Predator is a film that left me utterly divided on how I felt about it, what I had watched and if I actually enjoyed it. This will be an interesting (difficult) review to write so let’s get to it and see if I can begin to get a grasp on the various bizarre elements of this film and how I truly felt about it. END_OF_DOCUMENT_TOKEN_TO_BE_REPLACED 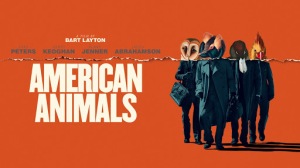 American Animals, written and directed by Bart Layton, went from what was at first a light-hearted but mostly placid adventure into what became an intense experience in which the true gravity of the situation had me sitting up-right in my chair, tensed up and fully attentive to the terror that was unfolding for the characters. All of this was made forever involving with some interesting cinematic choices that saw the film being more than just your typical telling of a true story. There are some really intriguing decisions which play into how this film was made and then presented and I’m looking forward to talking about some of them, so enough with this rambling introduction. Let’s get into the review. END_OF_DOCUMENT_TOKEN_TO_BE_REPLACED 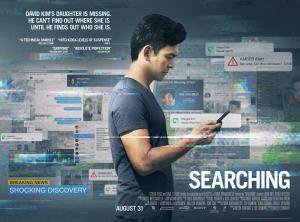 Searching, co-written and directed by Aneesh Chaganty, takes a cinematic format that up until this point has been poorly done and instead delivers an extremely compelling, consciously gripping story that I enjoyed every second of getting to be a part of. Does the film completely nail it? No, and I’ll touch upon that, but there’s a very well-made film in Searching and I’m eager to talk about it, so let’s get to it. END_OF_DOCUMENT_TOKEN_TO_BE_REPLACED

Upgrade, written and directed by Leigh Wannell, offers some fascinating concepts in an intriguingly realised world. However, the exploration of these elements and its plot does feel a little shallow and mis-handled. Still though, there’s something undeniably gripping and unforgettable about Upgrade. So, let’s explore everything that the film has to offer and see if it’s one that’s worth checking out. END_OF_DOCUMENT_TOKEN_TO_BE_REPLACED 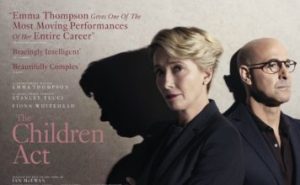 The Children Act, directed by Richard Eyre, poses an interesting dilemma; a moral question that grabs a hold of your inner voice and has it conflicted. It approaches its morally charged dilemma with strongly positioned characters who pull you into what should ultimately be a compelling, challenging film. But the handling of certain plot elements leaves the film struggling to achieve what it set out to tackle, which has leaves things feeling unfulfilling. So, let’s dive deeper into this film and see if it’s still able to offer a story that is worth your time. END_OF_DOCUMENT_TOKEN_TO_BE_REPLACED