With the recent release of Christopher Nolan’s new film, Dunkirk. I felt now would be a great time to do a wee personal list, ranking all of Nolan’s films. It’s something I’ve wanted to do for a while now, and with a new film just being added to his incredible filmography, this seems like the perfect time to do so. I should point out that even though I have seen Dunkirk (which you can read the full, in-depth review of, by clicking this link) I still think it is too soon to add it to this list. I need more time to let the film settle, before I begin to rank it alongside Nolan’s other films. But again, if you want to know what I thought of the film, just click on that link above. So, enough with the intro-filled ramblings, let’s get to the thing you and I care most about in this piece: The list.

For me, Insomnia has always felt like the least Christopher Nolan-y type of film. It comes with two stellar lead performances from Al Pacino and Robin Williams who have some greatly rich characters to play with. But I’ve always felt that you could take the ingredients that make up the film and give them to another director and they could pretty much deliver a similar experience. That’s not to say the film isn’t good, it’s just that when I think of Nolan’s films, I almost always forget about Insomnia. Like all his films though, it is still worth watching at least once. 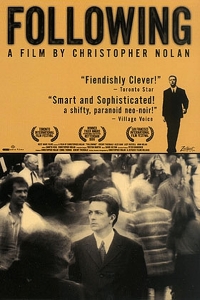 One of the best things you can do to really understand a director’s work, is to go back and watch their first feature film. It teaches you so much about the mindset of the director and how far they have evolved (or sometimes devolved). Looking back on Following, it’s crazy how much it still feels like a Nolan film. The scope and the budget of the film are microscopic compared to what he has/does now. Yet you can still see so much of what continues to make up his style, his focus and his content, now. I wasn’t expecting much when first watching this film and that was a mistake, because this film left me with the amazement that I still feel now when watching a Nolan film – only the scale of it all is very different. If you haven’t ever seen the film, I absolutely recommend it.

It was always going to be a difficult task to follow-up what is considered one of the best superhero films – hell, one of the best films in recent memory. I, unlike many other people, was still happy with the conclusion to what was an incredible trilogy. Yes, the plot is all over the place and many things don’t make sense, but the emotional core of the film is what got me. Jim Gordon’s final words to Bruce/Batman still get me a little teary eyed. Every so often I like to watch the full trilogy through and I still thoroughly enjoy watching this one – especially for Tom Hardy.

Memento is a quintessential, Nolan experience. He took a concept that seems impossible to construct and competently deliver to an audience, and effortlessly achieves what he set out to do. Nolan is someone who believes in his audience. He believes that they are smart enough to sit in a cinema and take in lofty, mind-melting ideas. Memento (and quite a few other Nolan films) are proof of this. This is the film that made Nolan, someone to keep an eye on. He has gone onto become one of the most influential and successful directors working in the business, right now, and when you look at Memento and what it is able to do with the format of film, it is clear to see why.

I remember sitting in the cinema worrying that this film was going to be Nolan’s first misstep (for me). The first act of the film felt rushed and clumsy, and I was worried about what was to come. What I got was a transformative film watching experience. Sitting there at the end, attempting to take in everything I had just seen, was… it was something special. I wanted to stand up and applaud, I was so blown away. Though the plot got away from itself at times, Interstellar overwhelmed my visual and auditory receptacles, and delivered an experience that I still think about to this day. Truly unforgettable.

The film that kickstarted a trilogy that would then go onto change the landscape of cinema. I remember leaving the cinema after seeing this film and on some level realising that I had watched something unlike anything I had seen before (from both a superhero film standpoint and a live action Batman standpoint). Batman Begins was my introduction to Nolan and it was because of this film that I became obsessed with seeing everything else he previously made and would subsequently go onto make. But beyond all my personal ramblings, this is just a damn good Batman film.

Watching this film is like having an elaborate jigsaw slowly laid out before you, and only when it is complete does it all start to somewhat make sense. There is so much below the surface of this film. On the top are some intriguing characters, with a central story that keeps you forever engaged. But that’s all the stuff you’re meant to see and be pulled in by. Below all that are hidden caverns full of twists and turns and they all lead to revelations and hints to the greater overarching story. It’s up to you to explore them and discover all that The Prestige has to offer. I never tier of watching this film, and no wonder, there’s always something new to discover about it.

After seeing Inception, people needed to talk about it. You are left with questions, you are left completely in awe of what Inception achieves, and you had to hash it all out with anyone who would listen. Few films are able to create the kind of dialogue that Inception did. It demands many watches and it demands that you think about it and communicate with people about it. That’s special. The scope of this film, the journey that it takes you on is an unforgettable one. Inception will be a film that will live on for some time to come, and I will never tier of thinking about it or simply just sitting down and watching it. 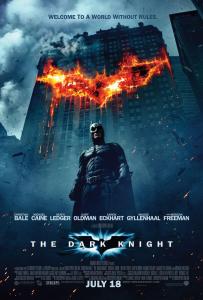 I’m sure that when you read the title of this piece, you knew the film that was going to be my absolute favourite of all of Nolan’s films. Where to begin with this one… I could probably write an entire piece on just The Dark Knight alone, so if you’ll please indulge me for just a moment, while I ramble.

More than any other of Nolan’s films, I believe this is the one that has had the biggest ripple effect on the film industry, since its release back in 2008. It reshaped not only the superhero genre, but also how many films would approach their subject, going forward. For better or worse, this film ushered in dark, gritty re-imaginings of many, many franchises. Now there are arguments for why that is both good and bad, and I agree with points on both sides. But that still doesn’t take away from the fact that this film made an impact and left a legacy.

But pulling back from what the film did to the industry, I just have to simply say that this film is sublime in pretty much every way. The unforgettable performance by Heath Ledger, which people still talk about today. The realistic, wholly satisfying set-pieces. The deconstruction of Batman/Bruce Wayne as a character. How every scene is more compelling than the last. The brilliant supporting cast of characters. I could go on. This film has it all and anytime I come across it, I have to stop what I’m doing and just watch it.

I remember as the final scene of the film was happening and Commissioner Gordon’s monologue was echoing throughout the cinema, I was left completely in awe of what I had just experienced. It is something I will never forget. Seeing the film for the first time is still one of my most favourite film watching experiences, I’ve ever had. This film is just everything and more.

I’m going to stop myself here, as I could genuinely keep going. The Dark Knight, in my opinion, is Christopher Nolan’s best film and my absolute favourite of all his films. It is probably on my list of all-time favourite films, and talking about it here has made me want to watch it again. So, I’m off to watch my Blu-Ray of it.

So there you have it. Those are all of Christopher Nolan’s films ranked (minus Dunkirk). I’d love to know what you thought of this piece. What is your favourite Nolan film? Do you agree with my list? What would you change about it? Let me know anything and everything you thought.

If you liked this, may I recommend following my blog directly and also following me over on Twitter – @GavinsRamblings – that way you’ll always know when I post something new and it will help to build up support for my blog.

All that’s left to say now is thank you. Thank you for taking the time to read this. I hope you like what I had to say and I hope to see you back reading more of my content in the future. Have a swell day.