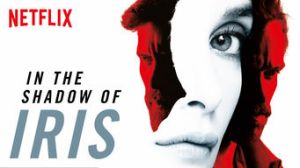 In the Shadow of Iris, directed by Jalil Lespert, is a film that at first feels meandering and without a clear direction; a film that felt like it was going down a pretty predictable path and wasn’t going to add up to much. Those were my initial thoughts as I watched this film, but boy did that completely change by the end. In the Shadow of Iris is filled with unexpected twists, well-woven, juicy characters, and an overall feeling that is intoxicating. So let’s dispense with the introduction and slip into the fuller, more exploratory review.

Antoine Doriot – played by Jalil Lespert – is overwhelmed with fear when his wife, Iris – played by Charlotte Le Bon – is kidnapped by a desperate and down on his luck mechanic, Max – played by Romain Duris. But things develop into something even more sinister and unexpected, as events turn out to not be so straightforward. This thriller will take you on quite a dangerous and seductive journey.

So at first I thought I had a pretty good handle on how this film was going to play-out. It had set up a pretty interesting situation, and I was interested to see it run its course (at first). But then things began to feel a little aimless; it felt like the film wasn’t capitalising on what could have really been an emotional, psychological story, which saw its characters slowly be torn apart. And so the film began to lose me; my attention began to waver and I didn’t feel as engaged with it as I first did.

Well, that certainly didn’t continue. In the Shadow of Iris plays with your expectations and just when you think you have the rest of the film sussed out, and you know generally where it’s going to take its story and its characters, it flips the script on you. It was then that it got a smirk out of me (for it had thrown my cockiness back in my face) and from there it began to dive into things and play around with characters in the exact ways I wanted it too – though I never expected that it would.

Too often will a film set out what seems to be a pretty standard plot and then see it through to the end; never capitalising on what could have been; not taking the chance to go in a different, truly unexpected route and thus fully have the audience’s attention. But, In the Shadow of Iris did exactly that. It went in the unexpected direction, and even better it fully succeeded at tackling that new direction.

And the element that it succeeded the most at (for me personally) was its handling of its characters. The characters weave into one another and build upon each other; all creating something much more connected and thrilling than if they had just been people who meet in passing. There is a seductive, dangerous intimacy between nearly all of the characters and it is that which makes them all so addicting.  Some of the most intense moments in the film would be when characters were literally inches from one another, yet had no idea (or so you think).

But in those moments where they were so close yet so far, it was the rest of the film that built around them and elevated the intensity and the thrill into something that was utterly captivating. The performances by the actors – who despite not having anything to say during the scenes verbally, would say just as much, if not more, with their faces – and then add to that the way in which the camera would focus on them; being close, almost intrusive, so as to get every little reaction; every little moment. It was all just so encapsulating. Not only as a moment within the film but also as someone watching. The build-up, the performances, the cinematography and the music – it was something that I couldn’t help but be fully attentive of.

But also as a whole the film treats its characters with the time and the effort that results in them feeling like fully developed and well-rounded characters, despite it not always being able to give them as much screen time as others. I think it achieves that by doing what I spoke about earlier: having them all weave into one another and build upon each other. With the support of all the other characters, the film is able to flesh everyone out in a way that feels more than it actually is. I felt I had a good understanding of who everyone was; what motivated them, but also what it was behind the outward facing personality that was their weakness; their little nagging failing that kept them on the same level as everyone else – despite their status within society; owner of a bank, police detective, prostitute, mechanic. None of them are without problems and none of them are truly good and in the end all have satisfying pay-offs to their smaller stories.

And so does the larger story. And the reason I think it does is because of how entrenched all the main characters are within it. They all play a larger part in the ever evolving and shifting plot – which is engaging in itself – but then those smaller elements help to add to the thrill. The symbiotic relationship between everything in the film is what makes it such a complete experience; one that by the end had me engrossed and subsequently satisfied.

I went into the film not knowing what to expect (mainly because I hadn’t watched the trailer and also on a whim decided to press play on Netflix and see what became of that quick decision). And so I’m really glad with what I ended up watching and being a part of. It is a film that left its mark and had me fully hooked by the end.

I will be recommending, In the Shadow of Iris. It was exciting, alluring, addicting and if nothing else a damn good film. When you come across it on Netflix, perhaps consider giving it a watch. You might be surprised with the result.

I’d love to know what you thought of the film or my review. So feel free to leave any feedback, critiques or opinions in the comments down below. If you’re interested in being kept up-to-date on when I post something new, may I suggest either following my blog directly, or following me over on Twitter – @GavinsRamblings. All that’s left to say is thank you, and I hope you liked my review enough to return.