In my opinion, this is the best selection of films nominated for ‘Best Picture’ in quite a few years. That’s not to say that the previous years have been lacking, as there have been some outstanding films nominated. It’s just that this year is near enough a clean sweep in terms of the overall deservingness and quality, when all the films are considered.

But let’s stop waffling on about the quality of the overall list, and actually talk about each film individually – giving them the time and the praise they deserve. I’ll be ranking these films from my least favourite one to the one that I thought was the best. But if I’m being honest, only 1 of the films on this list is out-of-place when compared to the rest – anyway, on with the list.

So interestingly, this is the only film I think is undeserving of a place in the ‘Best Picture’ category. Hidden Figures absolutely tells a remarkable story about some inspiring women. But beyond that, the film doesn’t do anything to make itself standout. When I consider it in relation to the other films on this list, or even to other films that are similar in execution, I see a film that doesn’t do anything to warrant it being considered a possible ‘Best Picture’ contender. Ultimately, it’s an unremarkable film that fails to offer much of anything. 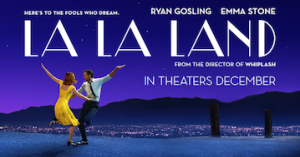 There’s something magical about this one. La La Land is infectious in the effect it has on you; the chemistry between the leads, the dream like look to the film, and the songs that just get stuck in your head. This is another great achievement from Damien Chazelle, and it only increases my excitement for what he’ll do in the future. I’m sure most people would have it higher on the list, but for me it just didn’t reach the same heights as the other films on this list. But still, this is a special piece of cinema; one that’ll stick around in the minds of people for some time to come.

It’s all about the finer details that are deep within each of the films characters that make this film such an engaging watch. There are dialogue exchanges that feel oh so human, and there are conflicts that feel just unfairly true (for so many people). Fences is an absolute accomplishment in individuals and their lives, and all of it is backed up by some outstanding performances – primarily by Denzel Washington and Viola Davis. I had such a guttural reaction to some of the things in this film; it burrowed deep within me over the course of its time, and it made an impact, for sure. Certainly a film that is worthy of such recognition, that’s for sure. 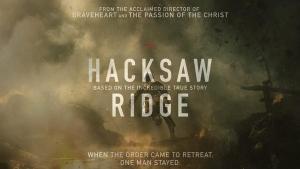 I was so happy to see Mel Gibson return to the directing chair, and I was even happier once I had seen the brilliant film that he brought to the big screen. The film’s central character is its strongest point, and that’s because of just how much time he is given to grow and develop. That in turn aids the latter half of the film. When it comes time to go to war, not only does the protagonist go, but we do as well. Watching the battle sequences in this film is an overwhelming experience. They are done to such an incredible extent, and they are only heightened by the fact that the time and the detail that is put into them, is immense. While I don’t expect it to win much at the Oscars, I’m still glad that some of the limelight has been shone on this film. 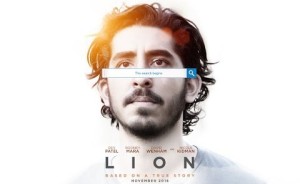 What a journey – that not only the main character goes on, but we the audience as well. It’s difficult to not get sucked in by this films story – aided massively by the films duel lead performance from, Sunny Pawar and Dev Patel. It’s one of those stories that you can’t believe is real, but it’s one that just simply pulls you in and completely controls every moment of your attention. Lion achieves quite a bit, in terms of the path of its main character, and I feel the way in which this film talks to you (the audience) and tells you this harrowing story, makes it a film that anyone can watch and feel connected too. 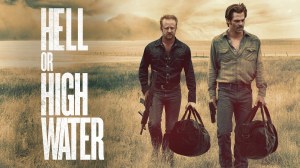 Filled with moral conundrums, characters that are richly written and performed, and an easy to digest scope; Hell or High Water is a film that wows you from beginning to end. This was undoubtedly one of the biggest sleeper hits of 2016, but it is also one of the best films to come from 2016 (I liked it so much that it made it onto my list of favourites from 2016, which you can click here to check out). I never expected it to get nominated, but the happiness on my face and in my voice when I was told that it was; I feel showed just how much I was happy to see it get the recognition it deserved. This is one of those films that plays with your expectations, and leaves you to think deeply about its contents, long after you’ve seen it.

A Science fiction film with meaning, purpose and heart (and many more things, of course) – this is why people fall in love with sci-fi, and everyone involved with this film seemed to know that. There are layers to this film that stretch far beyond what you first see. So much of it has more to say about we as humans that most films could ever hope too, and best of all, the film is stunning in both how it looks and how it sounds. Arrival is an encompassing experience – one that quite rightly, has seen it get large amounts of praise and now a ‘Best Picture’ nomination. I loved this film so much that it also made onto my list of favourite films from 2016 (which you can check out here, if you’re interested). This is an outstanding piece of cinema, by a director (Denis Villeneuve) who continues to deliver incredible work. 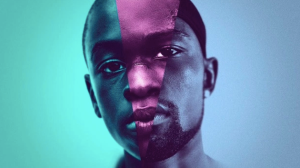 Since seeing this film, I haven’t been able to get it out of my head – it is so full of honest human struggle. It’s simple in scope, but it’s so grand in what it achieves with its characters and their stories. Everything in the film is directed towards exploring, Chiron (the main character) and it all makes for something wholly engaging. This film is without a doubt deserving of a ‘Best Picture’ nomination, and is one you should absolutely make the time to see. Director, Barry Jenkins has delivered an incredible film, and going forward, I am extremely excited to see what he will give us next.

I was emotionally broken, multiple times by this film. The experience I had watching this film was one that I won’t forget any time soon. Leaving the cinema, I was struggling to keep it together, and that lasted for a while. Not only is this a film that takes your emotional core hostage, it is also one that delivers a stellar piece of cinema. A lead performance that is so layered, it deserves all the best actor awards it can achieve. But more than that, it is a film that is just pure, unfiltered filmmaking at its best. Director Kenneth Lonergan delivers a FILM; no fancy tricks just a human story, told in an honest, special way. It is the film that I think should win ‘Best Picture’, and is the one that I think shows just how special and important cinema can continue to be.

And so there you have it. That is my ranking of the 2017, Best Picture Nominations. What are your thoughts on my list? Do you agree? Do you disagree? Let me know in the comments down below, I’d love to hear any and all feedback. If you’re interested, you could follow my blog directly, or you could follow me over on Twitter – @GavinsRamblings. That way you’ll always know when I post something new. Thank you so much for reading my writing and I hope to see your return at some point. Have a wonderful day.