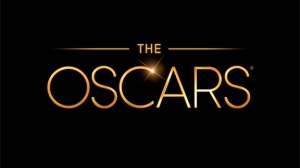 So now that I have seen all the films nominated for best picture, and reviewed them all, I wanted to go ahead and create an easy place for anyone to be able to find and read my full and in depth reviews on all of them. I also wanted to rank the films from what I felt where the best to the not so best. Now what I mean by not so best, is that while the films are certainly still good they just don’t compete on the same level as the ones higher on the list. At no point am I saying that these films are bad or shouldn’t be seen, simply that they lack the same level of quality and deserved attention as some of the others.

Before I jump into the films I want to give my thoughts on the selection itself. Personally for me this year the assortment of films was weak compared to previous years – that’s frustrating because there have been some films that have more than deserved the attention and recognition, but for some reason where overlooked or perhaps not even considered (I’m not sure).

But anyway that’s my two cents on all of that. Now I want to get onto the main purpose of this whole piece – The Best Picture Nominations. So what I’m going to do is rank the films from 1 to 8 (favourite to least favourite) and then give you a quick snippet of what I liked (or didn’t like) about the film. Also if you want to know more, you can click on any of the films and get taken to my full reviews which will let you know more fully what I thought about the film. Sound good? Great, then on with the show then. END_OF_DOCUMENT_TOKEN_TO_BE_REPLACED 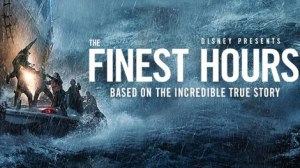 The Finest Hours, directed by Craig Gillespie is a film that plays it pretty simple. I was never surprised by anything, nor was I ever lost within a scene that was stand out brilliant – everything in The Finest Hours moved along in a way that came of safe and a little to cookie cutter. There are some good elements to the film – those primarily are how great the film looks and a third act that almost makes up for the bland first 2, but this is a film that does kind of just come and go by the end (like a ship in the night). END_OF_DOCUMENT_TOKEN_TO_BE_REPLACED 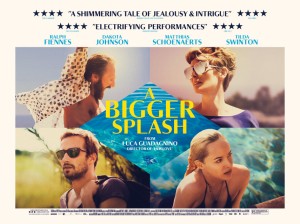 A Bigger Splash, directed by Luca Guadagnino is a film that drops you without warning into a group of people and their very different lives. This is a film that is bustling with 4 very different people, who all in themselves are fascinatingly engaging to watch. A bigger Splash is filled with character after character that all hold your attention, but it is also has an unspoken darkness within it, it’s subtle but it’s always there, and it’s not until it’s too late that you fully notice it. These elements and more A Bigger Splash a film that lavishes itself in watch-ability. END_OF_DOCUMENT_TOKEN_TO_BE_REPLACED 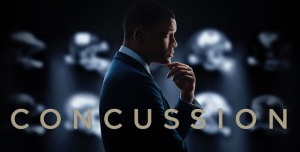 Concussion, directed by Peter Landesman is a film that struggles with both balance and pacing, and because of this doesn’t fully hit the mark on brining an important story to an audience. But this is a film that at its core has a wonderfully intriguing character that captures the attention and the heart, and is perhaps the only real saving grace of the film. END_OF_DOCUMENT_TOKEN_TO_BE_REPLACED 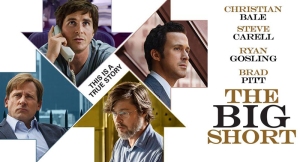 The Big Short, directed by Adam McKay is a film that seems hell bent on getting in its own way and making it almost impossible to deliver a story that is tolerable to sit thorough. So much of the film is unnecessarily gaudy and intrusive. More than delivering what is an interesting point in our history – The Big Short is intent on trying to show off just how clever and different it is… it doesn’t, it just fails. END_OF_DOCUMENT_TOKEN_TO_BE_REPLACED 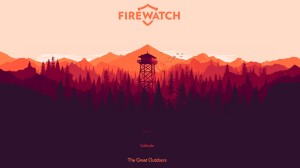 Firewatch, developed by Campo Santo is a game that will pull you in immediately with its always stunning art style and presentation, but it’s the characters and the mysterious story that Firewatch presents to you the player that will have you sitting down to enjoy its short but engrossing little tale. END_OF_DOCUMENT_TOKEN_TO_BE_REPLACED

Deadpool, directed by Tim Miller is a hilariously violent adventure that surprisingly had me laughing, and certainly had me entertained. This is a film that captures the tone of Deadpool perfectly, but the film isn’t without problems; pacing, a troubled stacking of plots and a underwhelming cast of supporting characters means that Deadpool is a film that lives and dies on the lead performance my Ryan Reynolds… but is that enough? END_OF_DOCUMENT_TOKEN_TO_BE_REPLACED 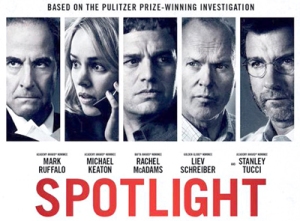 Spotlight, directed by Tom McCarthy is a film that before anything else puts its story first, as it should. There is almost no superfluous content within Spotlight – in fact there are moments where it could perhaps do with some. This is a film that has an important story to tell and it just goes out and does it, and does it well. Now perhaps there are some minor but crucial elements missing, but when it is all said and done, Spotlight is a film that feels like it achieved its purpose. END_OF_DOCUMENT_TOKEN_TO_BE_REPLACED 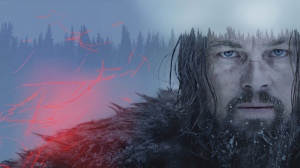 The Revenant, directed by Alejandro G. Inarritu is a film that is small in concept but more than grand in scale. Much of what makes Inarritu such a celebrated director is apparent in this film. The way in which he utilises the camera, how he drops you deep within the scene and leaves you to squirm. The Revenant from every technical aspect is incredible. However I can see this film very much dividing audiences. With its long drawn out segments of silence and seeming lack of progression will certainly make it difficult for some film goers to be kept engaged. Either way The Revenant deserves to be talked about, whichever side of the fence you come down on – so let’s get to it. END_OF_DOCUMENT_TOKEN_TO_BE_REPLACED