2015 has delivered another great year of television. There have been shows that have hooked me from the beginning, shows that took their time to get going but as a whole were great and then there are the shows that returned for new seasons and ended up breaking me emotionally (for one reason or another). Despite some of the usual drivel that makes its way onto television, I have been as entrenched as ever with its offerings.

So the point of this piece is for me to share what I feel are some of the best TV shows of 2015. I want to share what makes these shows so special and why I love them so much and also I want to give you a little nugget of information on them thus hopefully meaning you’ll give them some time and support.

One of the last things I’ll say for diving into the list of shows is that while these are my favourite shows of 2015 I’m not saying that these are better than anything else out there. 1: it’s all subjective and 2: I couldn’t possibly be caught up on every show deemed to be the best, so please keep that in mind. Oh, I’ll also add that these are in no particular order as I won’t to mix them up and give every show their fair due. I should also add that despite me talking about shows that are 2 or 3 seasons deep there will be No Spoilers because that wouldn’t really make sense now would it? Thanks for taking the time to read this and I hope you enjoy what I have to say. 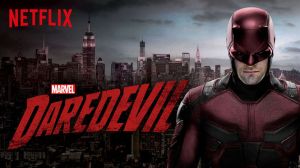 So I have to be honest when I say that if I were told at the beginning of 2015 that one of the best shows I watched that year would me a superhero show from Marvel, I would have told that person all the reasons why that wouldn’t be the case, Boy would I have been wrong.

From the opening scene of Daredevil I thought to myself, “Okay, you have my curiosity”. Tonally this show was unlike anything I had seen from Marvel (which was already a good thing) and then you throw in a great leading role form Charlie Cox, some refreshingly well-choreographed fighting and undoubtedly one of the best villains to appear in a Marvel live action production yet, well with all those things and more you could be damn sure that I was going to see it through to the end.

The moment that sold me on this show (and I’m sure for many other people as well) was in episode 2 of the show where there was a Raid inspired hallway fight. Expertly choreographed, all done in one shot, this was the moment where my curiosity promoted itself to my full attention.

There are certainly dips within the show but the overall quality of the show makes them passable. Daredevil as a show completely surprised me. I never saw something as ballsy and deep as this to come from Marvel. You can be damn sure that I’ll return next year for a new season and I hope that what has been delivered so far can be iterated and improved upon.

Daredevil is a show that is definitely worth your time and is in my personal opinion the new benchmark for not only Marvel live action productions but all other superhero based shows. 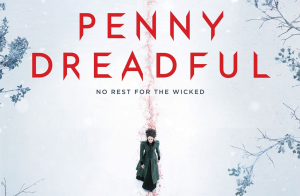 After a shaky but still riveting beginning with season 1, Penny Dreadful more than found its footing in season 2 and delivered poetry in motion.

Each and every line of dialogue in this show is wonderfully written and brilliantly delivered. Perhaps more than any other show, Penny Dreadful has some enchantingly rich back and forth between its characters and it is the kind that you can get lost within.

Penny Dreadful is also a show brimming with characters that are so well developed that it makes this show one you will become attached to quickly.

But what I think is the crowning jewel of this show is its attention to detail and the extent/quality of that detail. There are quite a few moments in this show where I remember being lost in all of its offerings, but one that stands out the most was in the latter half of the season where two characters (one of which had been secondary for a while) suddenly had one of the most captivating scenes of television that I had seen in quite some time, and that character who was once secondary shot up the list to one of the most interesting characters that the show had.

Penny Dreadful was a show that constantly entertained and fascinated and I don’t think missed a single beat of excellence during its second season. This is a show that if not already, should be one that you take the time to catch up on and enjoy as much as I have. 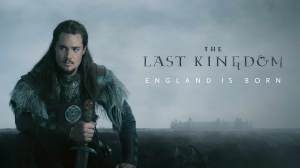 Every so often the BBC offers up a gem of a show, one that isn’t at first on your radar but soon becomes one of the shows you look forward to more and more each week, for me The Last Kingdom was that show in 2015.

The Last Kingdom is violent, exciting, funny and emotional. This is a show that at its forefront has a brilliant lead performance from Alexander Dreymon, who plays Uhtred. The entire show relies heavily on this actor and his performance, thankfully it is impossible not to enjoy every second of his witty charm and impressive sword skills – like seriously, I was not expecting this show to offer such well shot and choreographed sword fighting.

That’s in fact what surprised me the most about this show it didn’t ever shy away from being as intense and as brutal as the time period would have been. The Last Kingdom offers up convincing sword play that looks and feels real. Add to that, that the show has one or two impressively scaled battles, where once again the harsh brutality of the time takes over.

Many have said that this is the BBC’s attempt at their own Game of Thrones-esque show, and I would agree, only at this point The Last Kingdom is leaving Game of Thrones (a show that has been on the decline for a few years now) in its dust.

I am more than positive that the excitement of this show will suck you in and the short but surprisingly well fleshed out 8 episode run will have you entertained from beginning to end.

Hannibal has undoubtedly been one of the best but underrated shows on television for the past few years, this show is delicious.

When I wrote about Hannibal on my TV round up for 2014 (which you can read here) I commented on how there is nothing else like Hannibal on TV, that continues to be the case.

This show is the most visually astounding show; every scene is masterfully and meticulously designed. Like Hannibal’s cannibalistic food creations, the show is a work of art, you could pause at any moment and just stare at the wonder that it shows. 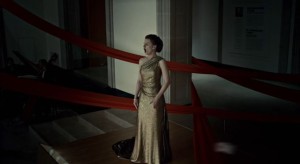 At the heart of the show though are two performances, Hugh Dancy as Will Graham and Mads Mikkelsen as the infamous Hannibal. These two actors/characters are the crowning glory of the show – there is such range to their performances and it is never once dull to watch them. What annoys me is the ridiculous lack of recognition not given to the actors or the show.

I could talk for a long time about why you should watch this show, support this show and inevitably fall in love with this show but I don’t want to waffle on about the multiple brilliances within Hannibal. What I’ll end on is a simple request that you give over your time to this show and spread the word to anyone you think might like it. We need more television shows like Hannibal; this one is certainly a special one. 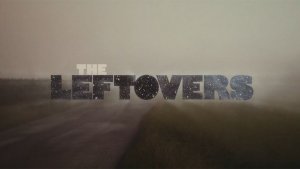 This is my favourite show of 2015. Above everything else I’ve watched this year, this show definitely comes out on top. This was a show that also appeared on my stand out shows from 2014 list (once again you can click here if you’re interested in reading that) and while the show was unexpectedly great last year, things have now ramped themselves up to 11.

Season 2 of The Leftovers burrowed itself deep into my emotional core and settled in. I can’t remember the last time I had such a raw emotional response to a show (actually I can, it was Breaking Bad). But yes, The Leftovers left me emotionally drained (in a good way).

I remember a particular episode that at the end made me so overwhelmed, that I had to step away for a little bit and not only contemplate what it was saying, but also contemplate things within me. I’m not afraid to admit that this show brought me to tears in its final 3 episodes.

I can’t get over just how good this show actually is. It has some of the most broken, interesting characters, in a world that it beyond messed up, and all of it is delivered in the most beautiful way.

It’s a bold statement but I am willing to say that The Leftovers is one of the best shows to hit television in the last 5 years, maybe 10.

I adore this show and cannot recommend it enough. Do yourself the pleasure of watching this brilliant piece of television.

Well there you have it, those are the TV shows that I feel deserve your attention from 2015. Now I’m sure that you are already listing off other shows in your head that you either think are better or at least deserve a place on this list – that’s fine, please sound off in the comments down below with any shows that you think are as good or perhaps better. I’m always looking for new things to watch and any recommendations are always great.

Here’s to what has been another solid year of television, good old reliable television. If you liked this piece then feel free to keep up with my other pieces of commentary on all things TV, Film and Gaming by giving me a follow on Twitter, @GavinsTurtle. Last but not least, enjoy a new year of great television.