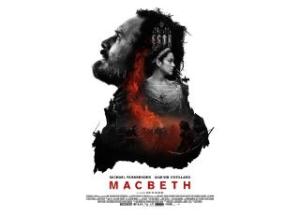 Macbeth, directed by Justin Kurzel is the antithesis of exquisitely indulgent film making, and each moment is more glorious than the last. Like a visual and auditory bombardment  — every aspect of the film is finely tuned, to a point where there is such a deliberate feeling to the smallest of details. This is a film that burrows itself deep within your memory and nothing is going to shake it out for some time.

Now it’s usually at this point in my reviews that I give a quick and helpful little synopsis of the films story. This time though I don’t see much need as unsurprisingly the story in Macbeth is… well Macbeth. This is a story that was written sometime in the 1500’s, and the timeless nature is no more apparent than right now. I’m writing a review for a film about Macbeth that came out in 2015, that’s timeless.

Anyway, I was from the moment I sat in my seat and the film began to the moment I got up and left the cinema, utterly entranced by this film. Everything within Macbeth is meticulously perfected. Every frame within the film could be paused and studied for how beautiful is it. There are countless nuances within the leads performances, and the films ability to use silence as one of the most potent non-sounds is chilling. There’s your unintentional quick and helpful synopsis of the film I guess — so now onto the deep dive.

First I have to talk about how visually perfect this film is. As I said before, you could pause this film and where ever you do so you would be staring at something truly stunning. Cinematographer Adam Arkapaw and director Justin Kurzel have created an unbelievably striking film. The marrying of incredible sets, filled with tortured colours and then brought to life with the unsettling imagery – means you get something truly unforgettable. To look away at any point in this film would be an abhorrent disservice to it.

Accompanying the incredible scenery is some addictive performances. Michael Fassbender as Macbeth is transformative in the film. He becomes this character and he so believably portrays the inevitable downfall (that includes the regicidal aspect as well as the mental fall) of Macbeth so well. Fassbender is also flawlessly supported by Marion Cotillard, playing Lady Macbeth, who is simply bewitching in the film. This film is lead to acting brilliance by these two. Just like the unforgettable visuals of the film, both these actors deliver something that sticks to your memory like a sticky treat. It has something to do with their eyes; I couldn’t stop being entranced by how much was being said through their eyes. I can’t say enough god things about their performances. It also must be added that the film is bolstered by some great British talent, a film bursting with some of the best this country has to offer.

Something that I was really happy that director Justin Kurzel decided to do was stick with using the original Shakespearian dialect in the film. I’ve seen some attempts to do Shakespeare’s work but to update the language and give it a modern feeling. To put it bluntly, it didn’t work. Having the actors speak as the original writer intended – added that poetic resonance to the scenes. There is so much meaning within the words, and a level of gravitas that you don’t get these days. Now for some this will make the film difficult to follow at times, I myself got lost once or twice, but in the end it was just so much more of a rewarding experience.

What was also interesting was how Kurzel was able to design a scene so that it looked and felt like you were watching a stage performance of Macbeth. Not all the time, but there were occasions where the actors were placed in certain ways and scenery was structured, that it looked like a cross between a stage performance and a film. It once again added something special to the experience.

Director Justin Kurzel really made something exceptional when Macbeth is considered – the way in which all the aspects of film making were utilised; music (or sometimes the lack of music), performances, locations etc. He afforded so much time towards scenes – moments would go on for so much longer than is usually practiced, and with each minute that went on you would just sink deeper and deeper into its glory. By the end of Macbeth I was drained, and I wouldn’t have had it any other way. Kurzel truly understands the art of making films, and the crazy part is that this is his first time directing a film.

Your damn right I’m going to recommend Macbeth. This is an incredible piece of cinema – one that deserves the attention of you and everyone else around.

So what did you think of Macbeth? Let me know in the comments down below. If you want to keep up with the rest of my work – follow me on Twitter @GavinsTurtle. Finally, enjoy your upcoming weekend.

One thought on “Review – Macbeth”