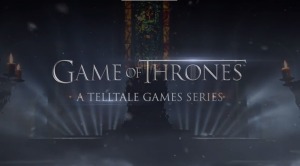 Telltale Games delivers what might be the most rewarding and enjoyable episode yet, with Game of Thrones, Sons of Winter. An episode that is chalk full of important decisions that truly feel like they are making their mark on the series, and some much better placed and better choreographed action set pieces to play through.

What was most noticeably different about this episode was the fact that the time spent with each character, was much more tightly managed. A lot of the fat seemed trimmed off this time round, what took its place was more refined and more enjoyable segments with each of the characters you play as. Every character felt like they were given the time they needed, so that their respective story lines could develop, and develop they did. Episode 4 probably makes the largest amount of progress with all of its characters; it hasn’t been this progress-full, since Episode 1.

With Episode 4 achieving so much development with its story lines, there is of course a lot to touch on when it comes to the now very meaty story. Leading this episode off was Gared who for the first time since Episode 1, felt like was making some serious headway. It’s a relief to finally be a way from the wall and on a path that will hopefully lead him to helping the Forrester family, and his segments also gave some exciting and fun to play through action moments. I’m actually interested to see where his story will lead him and am starting to come around on his whole Indiana Jones-esque adventure to find the North Grove.

Mira has some really fun moments to play through (at last). A character that I’ve been waning on for the past two episodes it finally feels like she has something of importance to add, and though her segments are not as long as the rest of the story threads, this is certainly the most enjoyment I’ve had with her character and story so far. Hopefully this continues.

Without a doubt, Episode 4 is the best in the way of development and things to do, for not only the character of Asher, but also his partner in crime Bershka. There are some real poignant and heartfelt moments for these characters. We get to learn a little more about Beshka’s past, something that has been alluded to for way too long and it was a relief to finally get some answers, and have it play out in such an emotional and well done manner. As usual the majority of the action sequences take place with these characters, but for the first time yet, they are rewarding to play through and the result from them is a lot more satisfying. What might be the most enjoyable part of these two’s story line though, is that it is our first time getting to interact and play the game of words with Daenerys Targaryen. Though brief, it is as always a treat to interact with any character from the show.

Rounding it out and remaining my favourite character still, is Rodrick. Some big opportunities fall into Rodrick’s hand and having the ability to finally go on the offensive made this character even more fun to play. As with everyone else in this episode, some big steps are taken and some joyously fun back and forth with some well-done characters takes place. Rodrick has the cliff-hanger fall on him this time, and unlike last episodes one, this one truly feels like an, “Oh crap”, moment.

Episode 4 is certainly my favourite one yet. So much happens and so much of it feels like it has added some real stake to the game. I am now more than ever excited to see what is to become of house Forrester and its thanks in part to this episode that I’m back on the Telltale Game of Thrones wagon.